Not So Straight – Why AIDS Councils work in LGBTIQ Health

IN 1981 CASES OF SEVERE IMMUNE DEFICIENCY in gay men were noticed first in Los Angles and New York, and later across the USA, and the world. By early 1982 it was called GRID: “Gay Related Immune Deficiency” and half of the known cases in the USA had died. It soon became clear that GRID was not restricted to the gay community and it was renamed AIDS. By 1986, the virus was known as HIV and it was clear that it was not just a gay man’s disease. It became evident that whilst HIV does not discriminate, people do. 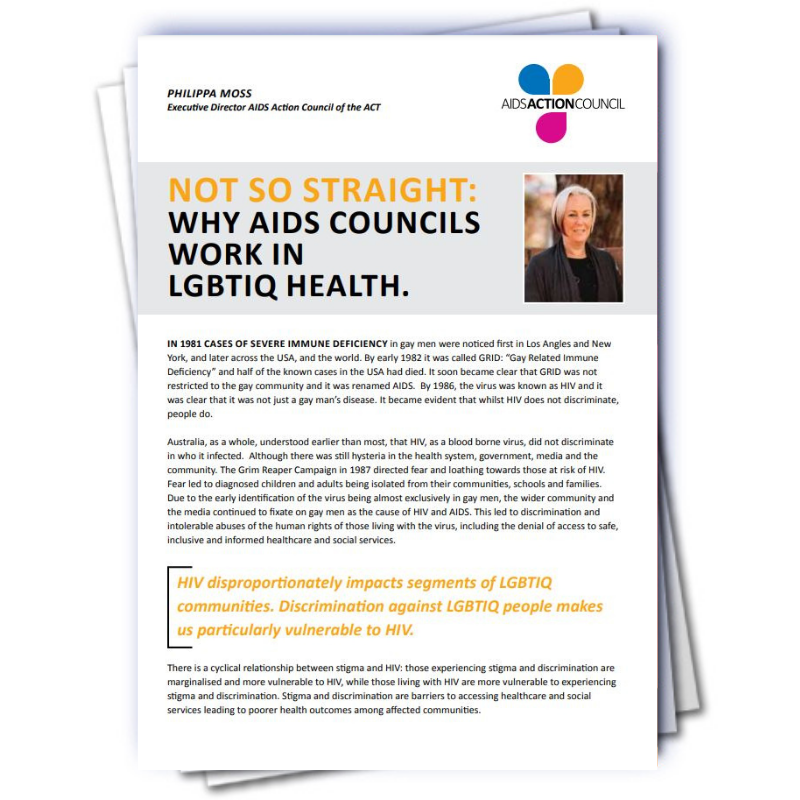 Australia, as a whole, understood earlier than most, that HIV, as a blood borne virus, did not discriminate in who it infected. Although there was still hysteria in the health system, government, media and the community. The Grim Reaper Campaign in 1987 directed fear and loathing towards those at risk of HIV. Fear led to diagnosed children and adults being isolated from their communities, schools and families. Due to the early identification of the virus being almost exclusively in gay men, the wider community and the media continued to fixate on gay men as the cause of HIV and AIDS. This led to discrimination and intolerable abuses of the human rights of those living with the virus, including the denial of access to safe, inclusive and informed healthcare and social services.