This report presents the key findings of research conducted by the Women’s Centre for Health Matters (WCHM) with the support of Meridian into the health and health needs of same-sex attracted women in the ACT. An online survey was undertaken from October to November 2018. It was designed to better understand the health behaviours and needs of lesbian, gay, bisexual and queer women (LGBQ) in the ACT, including cis and transgender women. 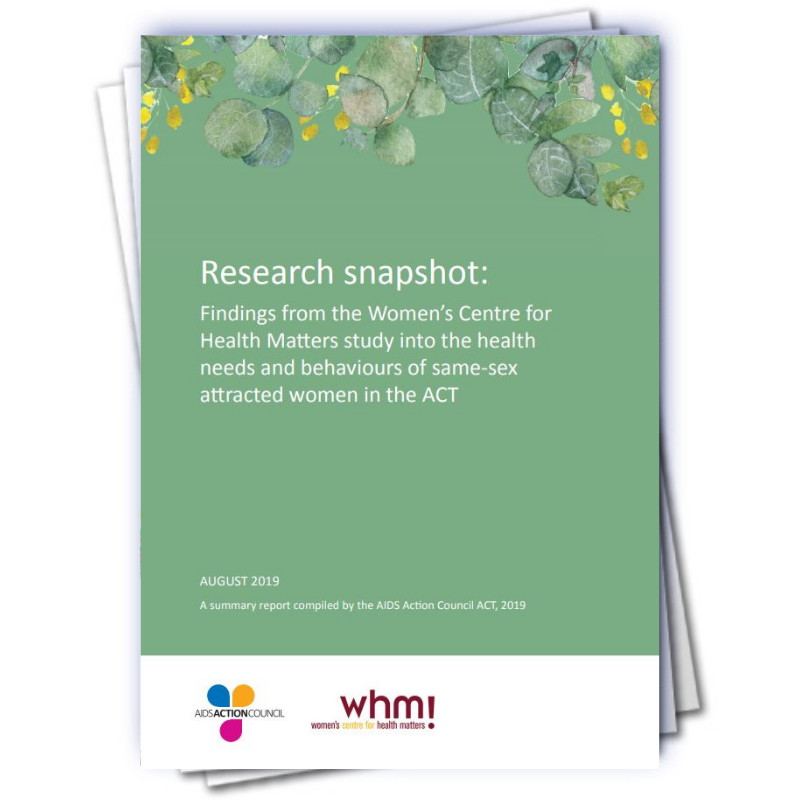 Six focus groups were also held between December 2018 and February 2019 to explore the themes of the survey in more detail. A growing body of evidence indicates that the needs of LGBQ women are distinct from both the general population’s and each other’s. Due to their individual experiences of discriminati on and sti gma, as well as the structural forces of heteronormative bias, these populati on groups face multiple barriers to good health.